Far be it from me to be serious when writing this column, but as they say, there’s a time and place for everything.. On April 6, 2012 the fishing world lost a modern icon when Jose Wejebe was killed in a plane crash in south Florida. As an angler he was world class, but those skills pale in comparison to his level of philanthropy and human compassion. He spent so much of his time helping others, it’s a wonder he could find time to film the Spanish Fly TV series. He was also one of the most humble celebrities on the planet. He always had time to sign autographs, take pictures and talk with his fans.

I consider myself lucky to call Jose one of my friends. I met him about ten years ago through mutual friends that owned Boldwater. The first time we met, we were having dinner after one of the south Florida boat shows. Four or five of us were sitting in a restaurant having a beverage, contemplating what we were going to have for dinner. The conversation was obviously about the boat show, which led into products, which led into this monologue by Jose about the Shimano Brand. He was just being passionate about one of his sponsors, like he always was, but it sounded a little bit like a sales pitch.. So, when he paused to take a breath, I casually leaned into the table and looked right at him and said “Dude, I’m not buying today”. Jose froze like a deer in headlights. So, I said “I didn’t even bring my checkbook”. The uncomfortable pause probably only lasted a second, but it seemed like an eternity. I couldn’t keep a straight face any longer and I busted a gut laughing. The whole table followed suit, including Jose. From then on, he always referred to me as the “smart ass”.

Since then, Jose spent a fair amount of time in Merritt Island and subsequently, touched the lives of countless people in the area. Several of us had the honor of sharing many a meal and laughter with a truly great man and we are all better for it. Jose, from all of your friends on the Space Coast, “Bro, you will truly be missed!!” 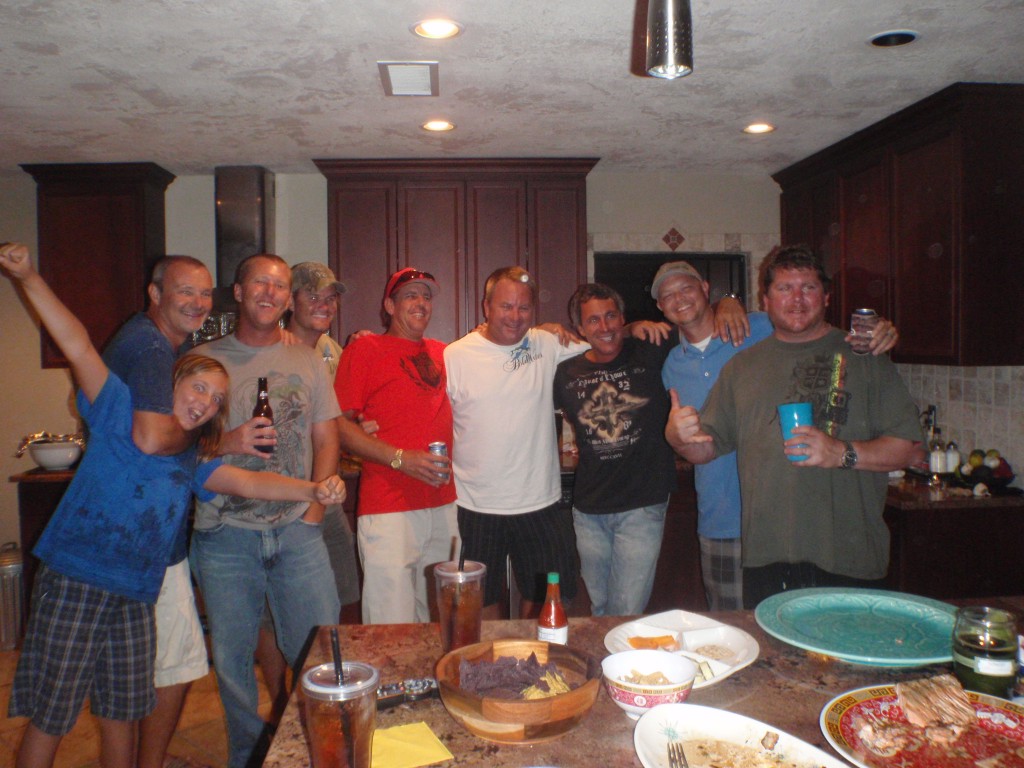 I’m not really in the mood to write the fishing forecast now, but here it goes…

For the die-hard bottom fisherman, May is like Christmas. Grouper season opens up on May 1, so it’s time to get up early and see what Santa left under the rocks! There may be grouper in as close as 75’, but most of the action will likely be outside the 120’ area on out to the cones. For the amberjack, most of the action will be from the 27 fathom ridge on out. When fishing for either of the two, you will want to use large live baits. Unfortunately, the red snapper is closed to harvest and will likely eat any live baits smaller than the average man’s hand. You can expect to catch several snapper before you catch something you can actually keep. The vertical jigs will also see a fair share of action.

For the die-hard troller, may is a pretty good month too. If conditions are good, you can expect to find a fair amount of dolphin, a few sails and kingfish and the possibility of a wahoo or blackfin tuna. I like to fish naked ballyhoo rigged on mono and fished close to the teasers and wash for the dolphin and sails. I like to fish the ballyhoo rigged with lures on wire, fished long or deep for the wahoo and kings. Once you find bluewater, look for color changes, rips, edges, weedlines or baitfish and stay close to the areas where you find action.

The live baiting on the inshore reefs can be very productive in May too. The kingfish bite could be outstanding, and there’s a good chance to catch dolphin, cobia, sailfish or wahoo. The bait has been a little spotty, sometimes close to the jetty, sometimes all the way down to south Patrick. Once you catch your bait and make your way to the reef, don’t get tied to one spot if the action is slow. Move around until you find a decent bite.

May can also signal the start of the beach fishing. If the water is clean enough and the pogies show up, the tarpon and kings could very well show up early. I like to troll with the standard stinger rigs. But, if you want to target the poons, try trolling the live bait with a circle hook rigged on mono. If there seems to be a good amount of tarpon, try shutting down the motor to drift and chum with the livies. Then, you could cast your bait into the rolling fish.

Either way, May is the month to get out there!!

So, get out there and get em!! And, at the end of the day have a Cosmo for Jose!!